Lough Derg in the Shannon River Valley is the third-largest freshwater lake in Ireland and in addition to hosting water sports such as boating and fishing, is surrounded by many holy sites. It spans three counties, Galway, Clare, and Tipperary. Over the last few days, while staying near Mountshannon, I’ve visited several sites.

While not necessarily considered a thin place, I visited the Portumna Workhouse Centre in County Galway, and it is a deeply sorrowful place. One of 163 workhouses built in Ireland to deal with the “poverty problem,” Portumna’s Workhouse opened in 1852, after the worse years of the Great Famine. What was most disturbing to me was that entire families had to enter the workhouse together, in an attempt to clear the land of tenants, but once admitted, the families were segregated, with separate buildings for men, women, girls, and boys. Only children under the age of 2 were permitted to remain with their mothers, until they were also removed. Click here for more information about the Portumna Workhouse.

An offering of oats and milk

Near the town of Tuamgraney in County Clare, I was taken to an ancient oak tree known as the Brian Boru Tree. Brian Boru, the first High King of Ireland, died in 1014 at the Battle of Clontarf, but he was from the town of Killaloe, about 20 km south of Tuamgraney. The ancient tree is not easily accessible, but it was worth the fence climb and hike through gorse and nettles. My host explained that when visiting the land of the ancestors, it is appropriate to make an offering to the land, usually of oats and milk. We made our offering and then simply spent time in this quiet place. 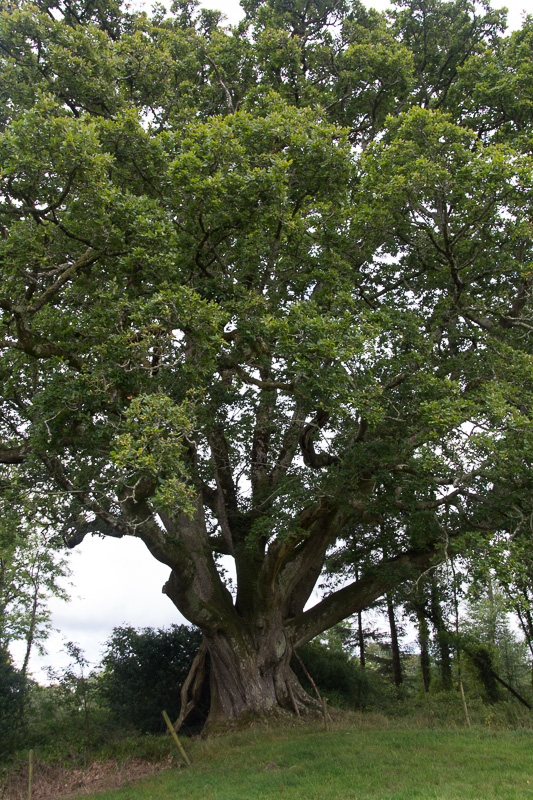 A strong northwesterly wind whipped the grasses in the adjoining field, but as I stood under the ancient oak, I knew that it would not be threatened. It had withstood the tribulations of a millennium, and it would continue to stand now. Despite winds, rains, storms, heat, and drought, the tree remained. And I realized that I too am resilient; despite the challenges and struggles, I, too, am grounded. I took strength from knowing the strength of this ancient tree. My roots indeed go deep. 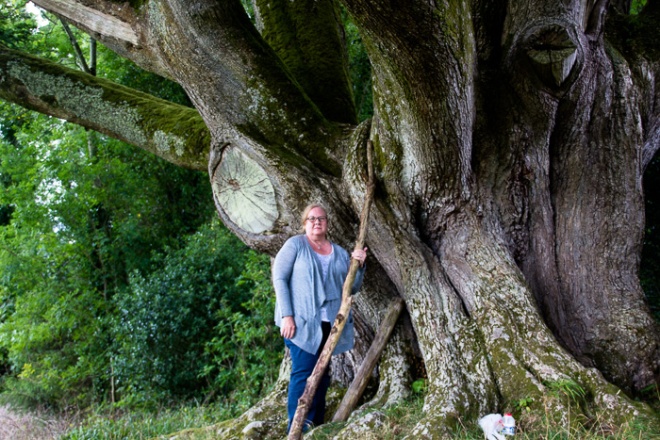 I wanted to visit Holy Island, about a mile from Mountshannon, but the weather did not cooperate. Perhaps on a future visit, I’ll be able to see the round tower and the monastic ruins, but for now, I could only view it from the harbor. Holy Island’s mysteries will remain unknown. 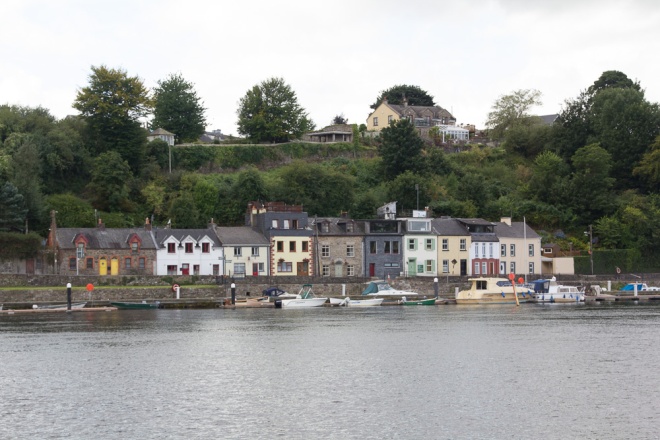 Near the southern end of Lough Derg are the twin towns of Killaloe in County Clare, and across the Shannon River, Ballina in County Tipperary. These lovely little towns are quintessential Ireland, complete with incredibly narrow roads and colorful buildings. I drove north from Ballina on the R494, up the mountain towards the town of Portroe. 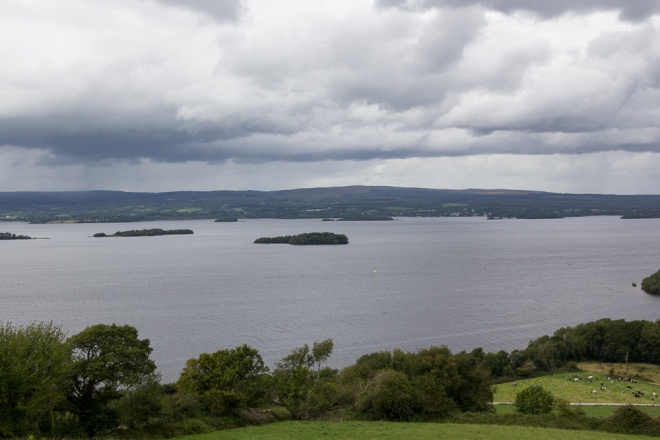 There were mesmerizing views of Lough Derg and the stillness was nearly deafening in its own way. Continuing on the Lough Derg Way, I found the Graves of the Leinstermen, a group killed by Brian Boru’s Munstermen in 999 . The looped trail takes 3-4 hours, and there is a convenient pull off near the trailhead. 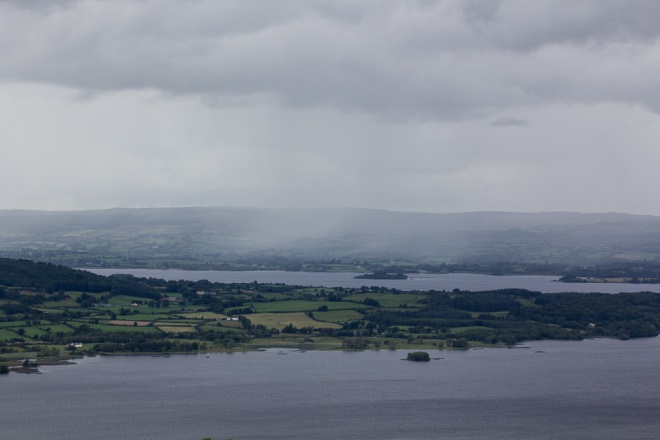 The Lough Derg area is steeped in history and has many more thin places, waiting to be discovered, whether by guide (thank you, Rob!) or by oneself. The clearest message I took away from this area was to not be afraid and to trust that what I seek, I will find. 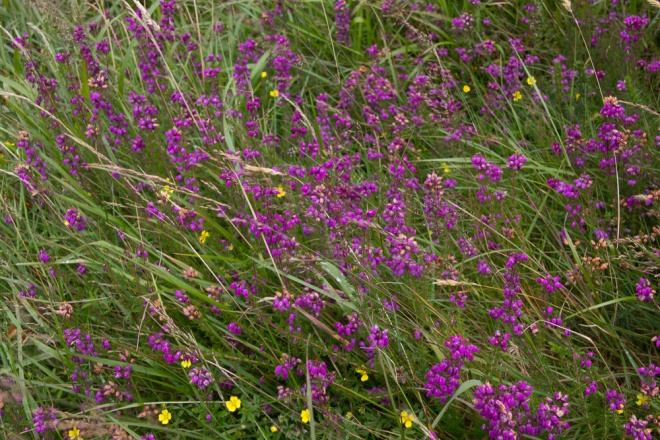 Wildflowers at the Graves of the Leinstermen

4 thoughts on “The Lough Derg Way”